A Ray of Sunshine

Alexandra Gaudlap is mother to three children including Raymond, who at a young age was diagnosed with a mutation in gene VAMP2. Here she tells her story.

Raymond was born on June 20, 2016 at Camp Lejeune Naval Hospital in Jacksonville, North Carolina, USA. Pediatricians and specialists in North Carolina were not concerned about Raymond’s wellbeing because he appeared to be a “happy boy who is just taking his time hitting his milestones”. Motherly instincts told me that it was time to take steps to become an advocate for my son’s wellbeing.

In August 2017, we returned to our home state of New Jersey to have Raymond evaluated by top-notch specialists in our area. At this point Raymond was 14 months old and still unable to roll over, crawl, walk or talk. In the first few months back in NJ Raymond saw a Geneticist who did genome testing which came back normal. When visiting the neurology department at Alfred I. duPont Hospital for Children, we did a routine electroencephalogram (EEG), which is essentially a recording of brain activity, and were told Raymond was having seizures all day, everyday and this was causing his developmental delays. He was put on Keppra, an anti-epilepsy medication, and we immediately saw a difference. He began sitting up almost immediately. Unfortunately, Raymond was severely allergic to the medication causing a reaction called “erythema multiforme”.  Once he recovered from the reaction Raymond was prescribed Topamax as his anti-epilepsy medication. As of September 2021,he takes this twice daily.

In November 2017, we began Early Intervention Therapy Services through our county. Raymond received in-home physical therapy, speech therapy and occupational therapy. He was eligible to receive therapy until his third birthday when he became eligible for early pre-school. In March 2018, Raymond’s Neurologist at Alfred I. duPont Hospital for Children recommended we research cannabidiol (CBD) oil. We started the CBD oil within a few months and within six months noticed an improvement on Raymond’s EEGs. He went from having seizures to having abnormal spikes putting him at risk for seizures. 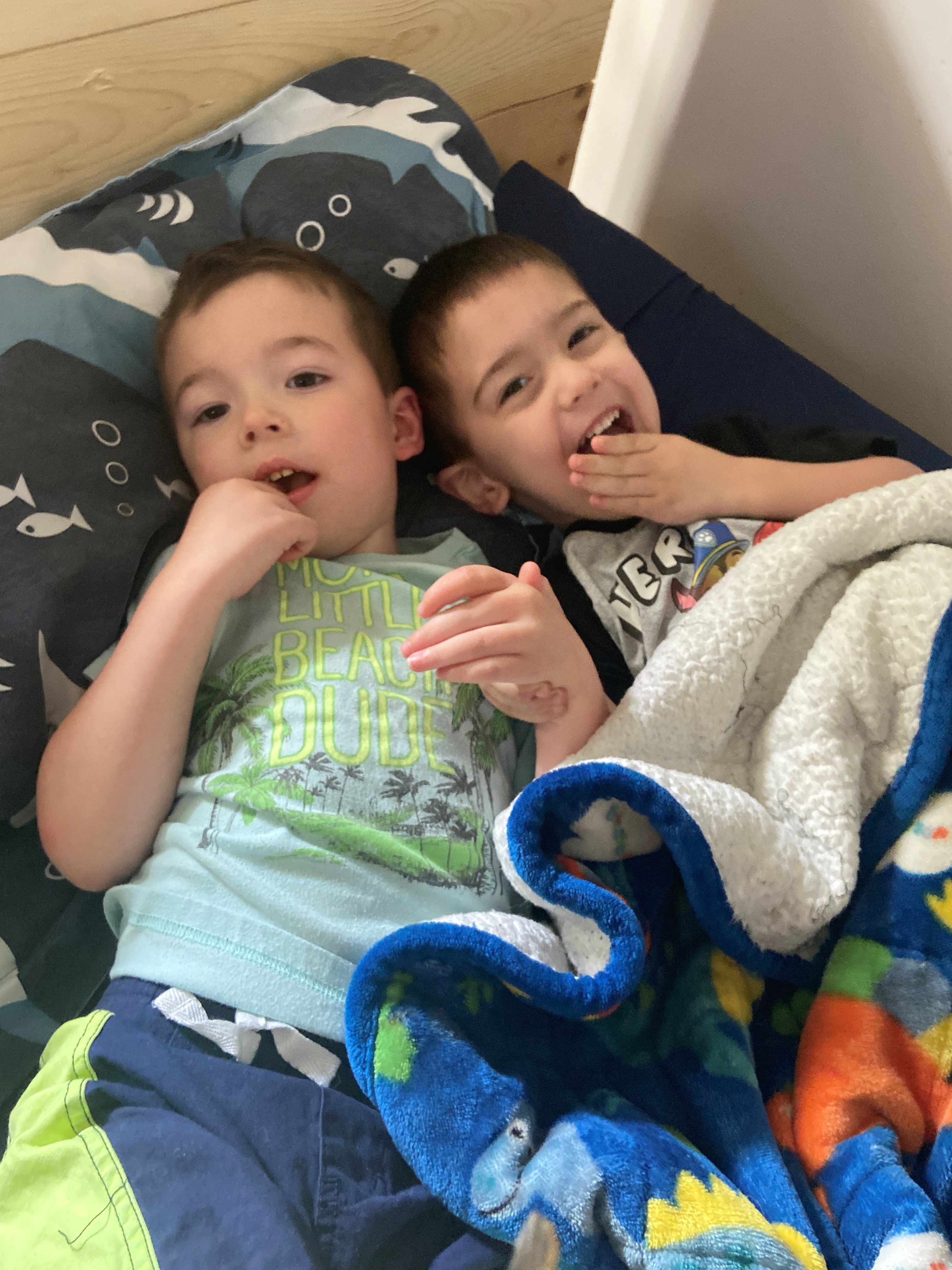 Around this time, Raymond’s geneticist also recommended that we apply for the National Institute of Health’s Undiagnosed Disease Program which would allow us to be introduced to expert doctors and receive advanced medical treatment. Raymond became a big brother to Ryan at 18 months old and started meeting developmental milestones with him. They started sitting independently and crawling around the same time.

When Raymond turned two in June, he was diagnosed with cerebral palsy and also started receiving weekly outpatient physical therapy. It was summer 2018 when Raymond got accepted into the National Institute of Health’s Undiagnosed Disease Program. Due to weight and age guidelines for the program our trip was postponed until February 2020.

In September 2018, Raymond sat at the table for the first time without assistance. He finger-feeds since he is unable to use utensils. Over winter 2018 and spring and summer 2019, Raymond continued to work hard in his therapies to pull to stand. Although we were not quite ready for the gait trainer, we continued to take the steps to get there. During fall 2019, Raymond started applied behavioral analysis preschool with a one-to-one aide. He received physical therapy, occupational therapy, and speech therapy in school. In February 2020, Raymond was finally ready for his gait trainer - the “Crocodile walker” -and made great progress. 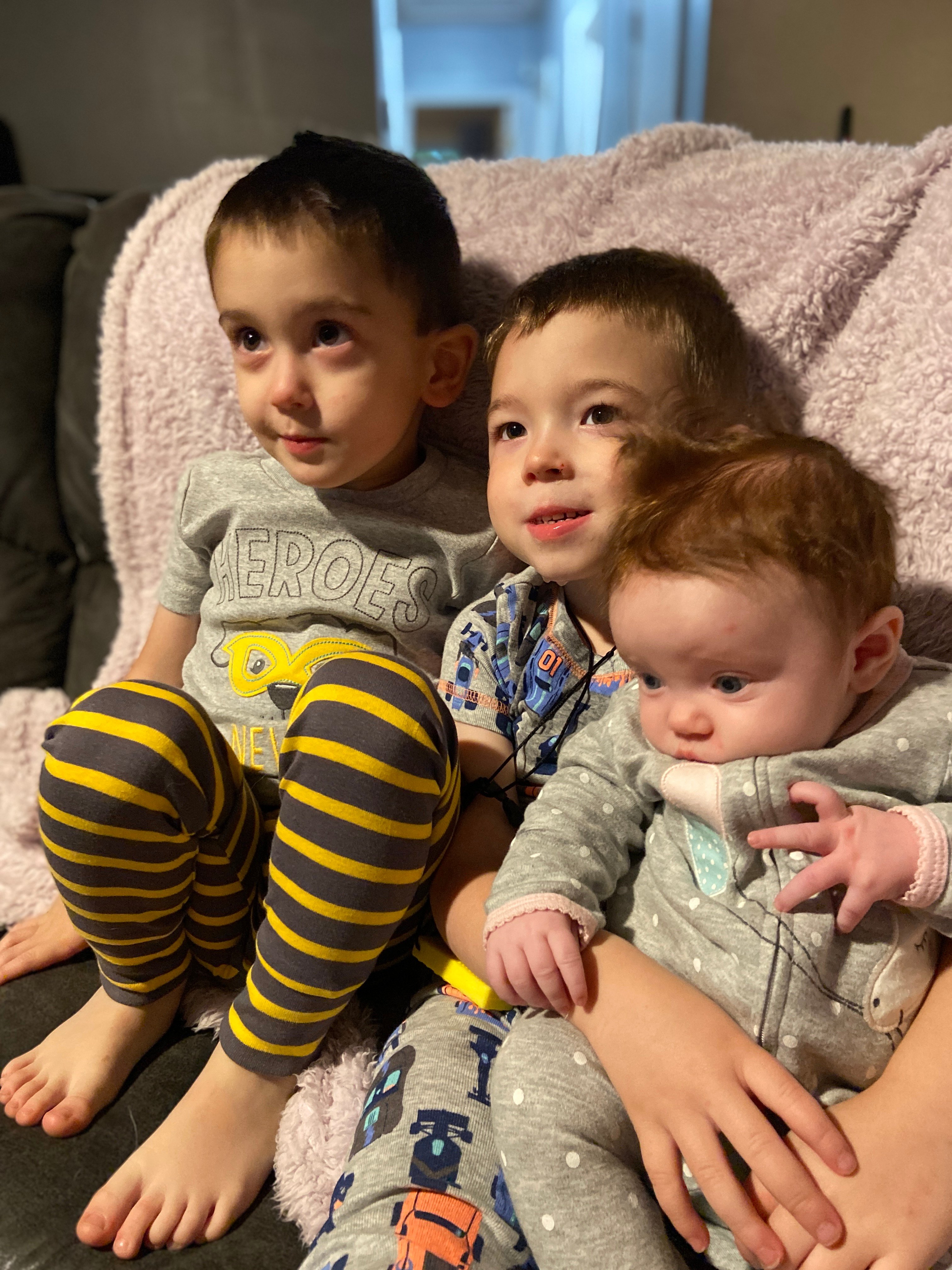 Getting a diagnosis - a good summer

In June 2020, we got huge news. Raymond’s genetic testing was sent for reanalysis through Ambry Genetics where we received confirmation on a diagnosis. He was one of eight children in the world that have been diagnosed with a mutation in gene VAMP2. This was huge news for us, and although it did not change our treatment plan, we were glad to finally receive a diagnosis.

Summer 2021 was a great summer for us with a lot of new milestones. In June, Raymond began walking independently, his hand coordination improved, and he vocalized new sounds consistently.

In July, Raymond’s baby sister was born, and he loved her from the start. Raymond is now interested in books and toys; he gets out of his bed independently and we are working on getting in his bed by using therapy steps.

In August, we decided to take a six-month break from outpatient therapies to allow Raymond to start school full-time without having to be pulled out. We all agreed it would be more beneficial to have him exposed to other children in school during this big burst of milestones.  We continue to see improvements and are hopeful for the future. Currently, Raymond continues to progress each day with his walking. He is now walking with his hands at his sides which shows he is gaining confidence. He initiates play with his siblings and has his own way of communicating what he wants and is continuing to improve his fine motor skills as well. Every day, we notice new sounds and we are slowly being able to understand his language. As of now, Raymond can say about 5-10 words and is working hard to put words together clearly. His newest is “hold my hand”.

Raymond is a very happy and social little boy which makes things so much easier when it comes to struggling with the parental feelings of having a child with a newly discovered and rare genetic disorder. Although we do not know how Raymond’s future may turn out, we continue to remind ourselves that nobody’s life is predictable. Our mindset from the beginning was that we would provide Raymond all the tools he needs to be the best version of himself. He will achieve them when he is ready. In the meantime, we celebrate every milestone big or small because they are always something to be proud of. 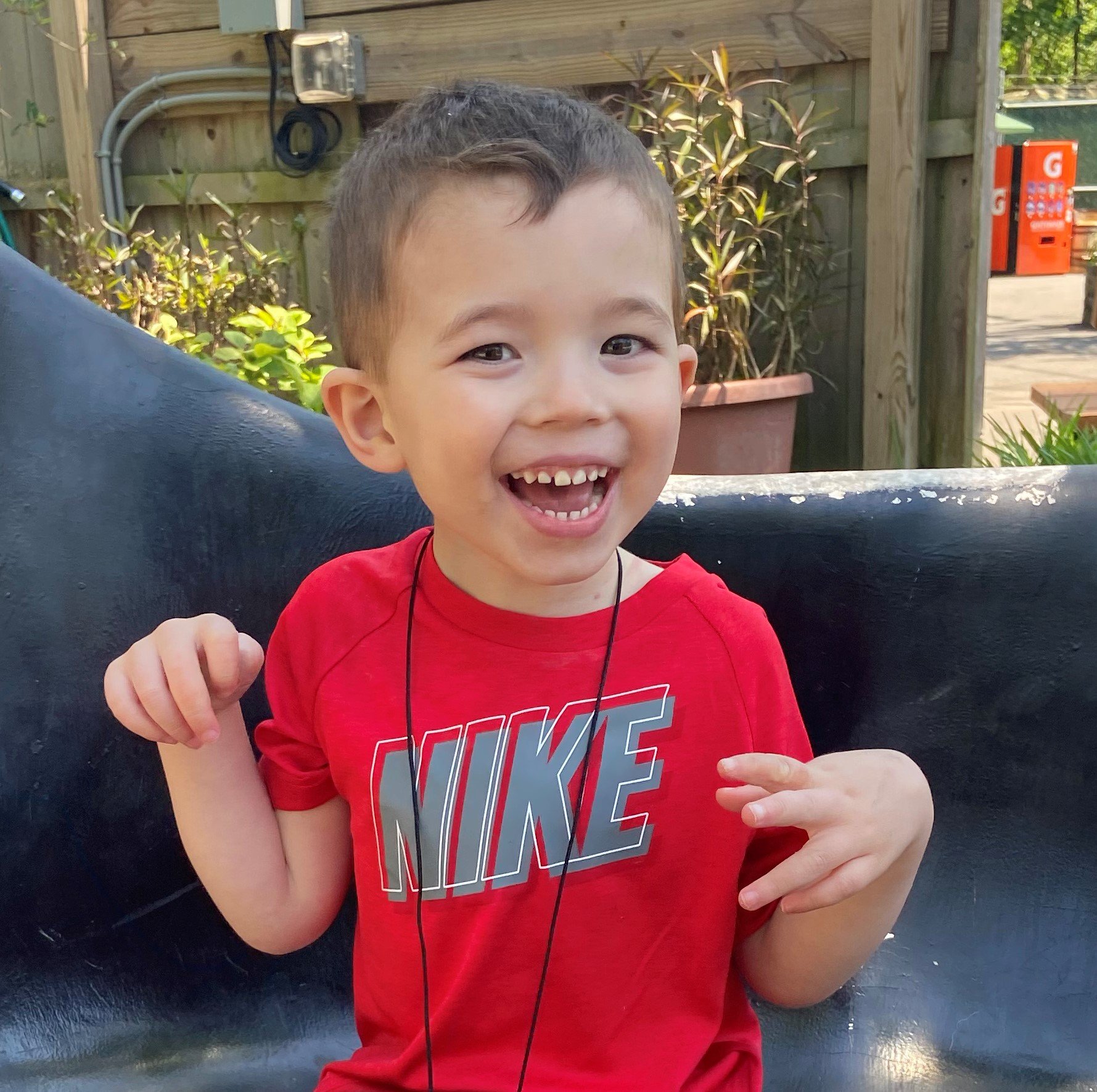 Sharing patient stories is an important part of our advocacy work, not least because it can help people loving with rare diseases make connections. Finding other people experiencing similar issues can provide enormous support and makes a big difference to people's lives. It can also empower patients to drive research and, in time, look for disease-specific therapies. Through VAMP2, Alexandra Gaudlap found Karen and her son George. Their story can be seen in Opening the Black Box where,  through a series of short video conversations, we follow the journey of Karen Lettington and her son George as they are enrolled in the 100,000 Genomes Project, searching for answers to George’s significant healthcare challenges.