This clinical case study shows how Congenica software was used to support the rapid diagnosis of Long QT syndrome and enabled the consideration of potentially life-saving interventions for a baby and their mother in both pre- and post-natal settings.

The heart is an amazing muscle, but one in 2000 of us are born with a condition called Long
QT syndrome which can lead to cardiac arrest or sudden death. The condition causes 4000
deaths per year in the US alone.

The QT interval is the time it takes for the ventricles of the heart to contract and relax. A QT interval greater than 0.5s is considered dangerous and Long QT syndrome is a contraction or repolarization disorder. In around 90% of cases the disorder is inherited, often from an asymptomatic parent – making genetic diagnosis crucial.

Rapid diagnosis of Long QT syndrome can enable preventive treatment both prior to and
after birth as well as ensuring contraindicated treatments are not prescribed during or after
pregnancy.

During a routine 20-week prenatal scan, specialists detected a dangerously irregular fetal heartbeat with 2:1 heart block. Other than the irregular heartbeat the baby appeared healthy, with no other features detected on the ultrasound scan. In light of these findings, the clinician suspected a diagnosis of Long QT syndrome which can lead to cardiac arrest or sudden death. In order to fully diagnose the unborn baby, an invasive prenatal sample was taken to test the baby for genetic causes of this disorder.

Trio Whole Exome Sequencing (WES) of samples from the baby and parents were requested by the clinical genetics team at St George’s Hospital, London. The family reported no history of cardiac disease, and both parents were asymptomatic. Analysis of the exome sequences using the Congenica platform initially focused on a virtual panel of 44 cardiac arrhythmia genes to avoid incidental findings in the prenatal setting. The baby’s sample was tested to exclude maternal cell contamination by the team at the South London Genomics Laboratory Hub.

This variant was maternally inherited, although the mother is asymptomatic. In this case, the maternal diagnosis prior to the onset of symptoms was vitally important as prevention methods are highly effective at reducing the incidence of life-threatening ventricular arrhythmias. 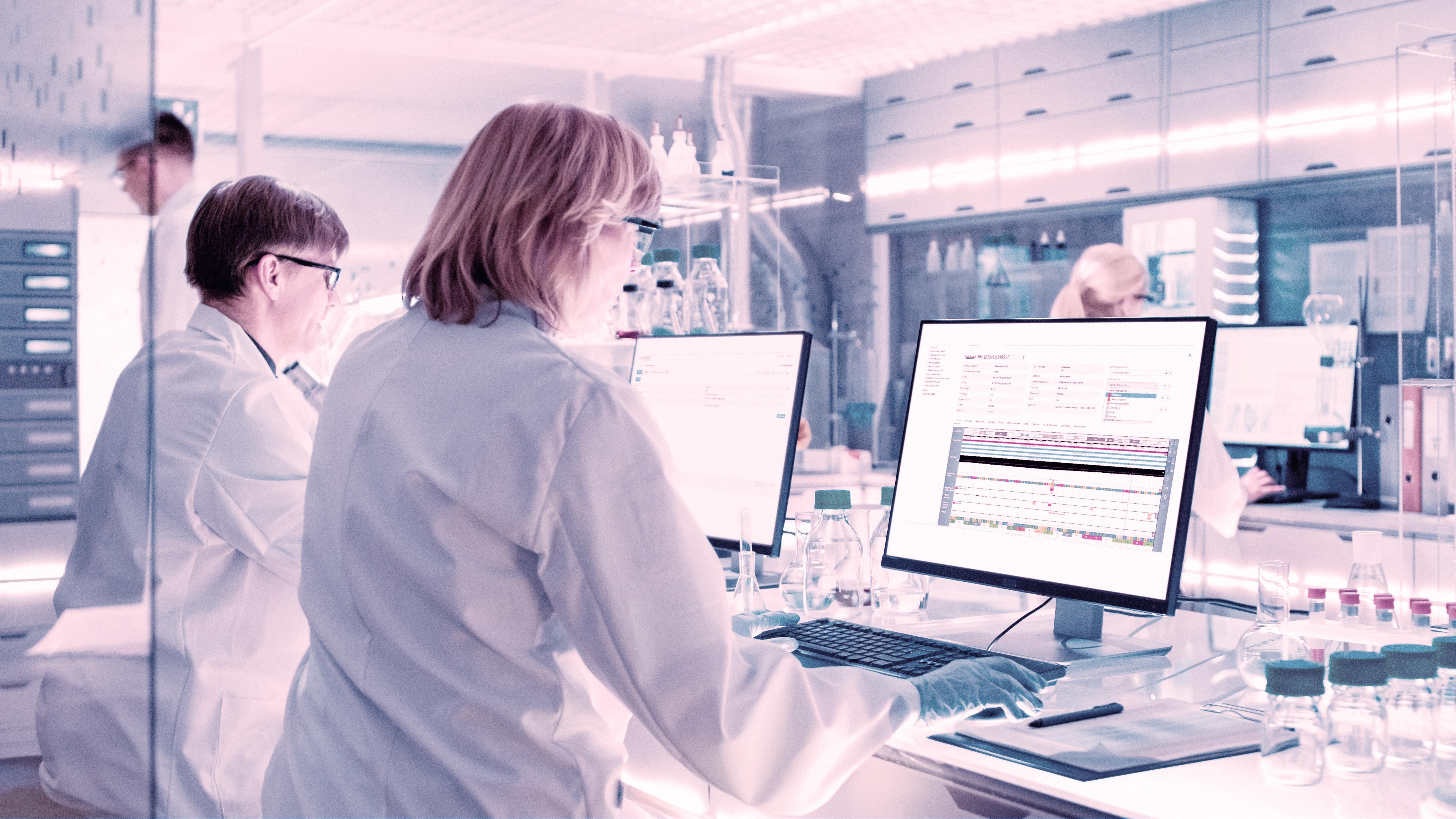 What is Long QT Syndrome (LQTS)?

Long QT syndrome is a genetically heterogeneous cardiac channelopathy with an incidence of approximately one in 2000 individuals. In around 90% of cases the disorder is inherited, and common features include syncope, cardiac arrest or sudden death as a result of life-threatening ventricular arrhythmias.

Long QT syndrome is currently associated with 13 genes. Three of these genes are considered major contributors, accounting for around 75% of all cases of Long QT syndrome; KCNQ1, KCNH2 and SCN5A.

Loss of function variants in KCNQ1 account for approximately 30% of all cases and are associated with a high risk of cardiac events during times of exertion. This form of Long QT syndrome is known as LQT1 and often goes undetected until an event occurs. LTQ1 is a common cause of sudden death in fit young people during exercise, particularly swimming.

How is LQT1 treated?

Beta-blockers have been proven to be highly protective for patients with LQT1 and this was an option considered to treat the fetal arrhythmia in utero. Additionally, supplementing maternal magnesium, vitamin D and calcium, if required, can reduce risk of fetal symptoms in the prenatal period.


Some medications commonly administered during pregnancy are known to prolong the QT interval. In pregnancies affected with Long QT syndrome, these drugs can be avoided.

Induced pre-term delivery is an option if fetal health is compromised due to identified ventricular tachycardia. Conversely, any heart block or other related cardiac features will be correctly attributed to the Long QT syndrome diagnosis and not be considered an indication of fetal distress that may otherwise have warranted pre-term labor induction. 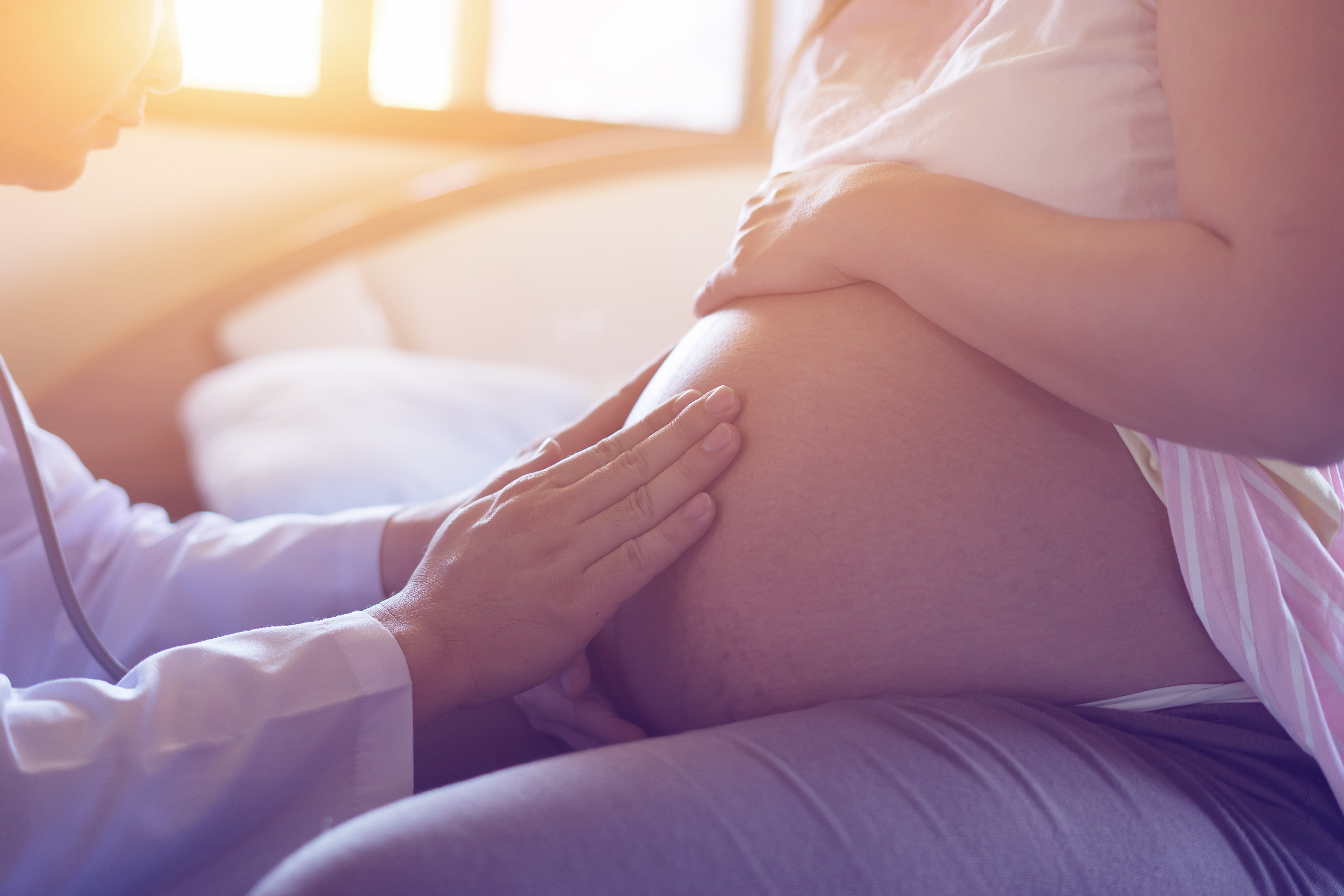 From receipt of the DNA sample to issuing the Whole Exome Sequencing trio report took 15 working days. The majority of this time was spent with the sequencing provider. Analysis using the comprehensive set of filters and curated variant lists in Congenica meant that variants that were not relevant to the referral could be easily excluded while ensuring variants that may have been filtered out using inheritance filters were retained.

This approach reduced the “noise” in the sample and enabled the clinical geneticists to quickly identify the causal variant in this family, even though it had been inherited from an asymptomatic parent.

This rapid identification and highlighting of the causal variant enabled the case to be analyzed and reported quickly, and the appropriate treatment options to be made available without delay.

Shortly after the geneticist had identified a diagnosis the irregular fetal heartbeat was resolved and maternal monitoring is now in place, with effective medication available if required.

The mother has been referred to a cardiac specialist to discuss possible therapeutic intervention for herself. Cascade testing can now be offered to other family members at risk of having the same variant. Finally, a neonatal care plan and relevant monitoring were put in place to support the baby and family through the birth and neonatal period – an effective step to improving outcomes following prenatal diagnosis of Long QT syndrome.

Looking ahead, a personalized, preventative care plan can now be put in place for the baby, mother and their relatives, who may otherwise have been at high risk of sudden death.

Analyze, Interpret and Report NGS Data Faster than Ever

Find out how Congenica can reduce complex clinical genomic analysis times from an average of 20 hours to 30 minutes, while increasing diagnostic yield by 30%, by reading our efficiency white paper, ‘Analyze, interpret and report NGS data faster than ever before’.