Jill Hawkins is founder and president of FAM177A1 Research Fund, an organization she set up following the diagnosis that two of her children have large deletions on their FAM177A1 gene. Here she tells her story.

I am the mom to the first two children recently diagnosed with an ultra-rare genetic disease.  For the last 16 years my husband Doug and I have been lost in a turbulent sea, struggling to navigate our diagnostic quest.  But, just recently, we have gained momentum and feel we are now finding our way. 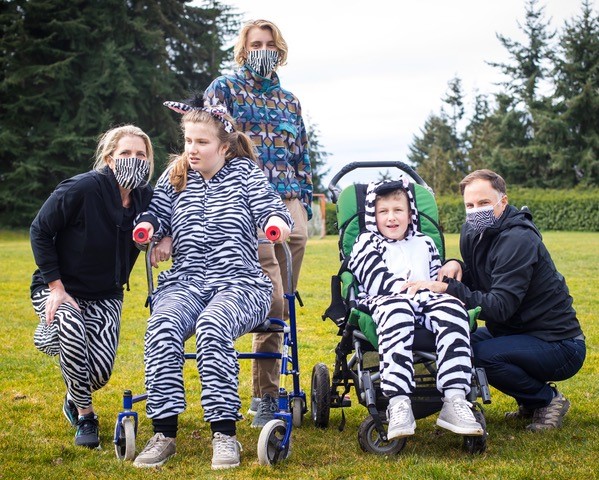 Seventeen years ago, we had our first child, Nash.  He was healthy and reached his developmental milestones on schedule.  Seventeen months later, we excitedly welcomed our daughter Charlotte.  Although healthy and seemingly typical at birth, she soon fell behind developmentally: her muscle tone was floppy, she smiled late, and was hard to engage.  The same “What to Expect” book that Doug and I excitedly referenced to anticipate what Nash would do next became a bitter reminder that something wasn’t right with our beautiful baby girl.

We stopped reading that book and began consulting with clinicians about Charlotte’s delays.  We tried physical therapy, occupational therapy, and speech therapy; we met with neurologists, developmental specialists, and geneticists.  Nothing seemed to work, and no one had an explanation for why our precious girl was delayed and falling further and further behind.  Eventually, it became clear that this was not just a “delay” - Charlotte would likely require a lifetime of intense support and medical intervention.  We were scared and sad but plowed ahead, providing all we could for our sweet girl.

When Charlotte was four, we considered having a third child as we longed to once again experience the miraculous unfolding of human development as it’s “supposed” to happen.  We also wanted to give Nash a typical sibling to share what we knew would later be a hefty burden caring for his sister.

At this point, Charlotte had extensive genetic testing and all known disorders had been ruled out. She was thought to have a “de-novo” genetic variant, and we were told that we were no more likely to have another child with special needs than any other family.  So, we rolled the dice and, about a year later, gave birth to a darling little boy named Cooper.

Cooper was healthy at birth but soon we felt a dreadful sense of déjà vu as he fell behind developmentally.  Although there was no way to know for sure, because Charlotte remained undiagnosed, we and our medical team felt that Cooper had whatever it was that challenged Charlotte.  This clearly wasn’t a de-novo variant; this was most likely an ultra-rare recessive genetic disorder.

Two children with special needs but no diagnosis

Although we love our kids fiercely, this was devastating.  How could we possibly care for two kids with significant special needs?  More appointments and more therapies, all made exponentially harder without a diagnosis and a lack of hope for any precise treatment.  The grief of having a child- or in our case, children- with special needs is profound. Add in the frustration, fear, and loneliness of them being undiagnosed, and we found ourselves in rough seas, on a ragged ship that was taking on more and more water.

Over the years, we’ve been fortunate to have excellent care for our kids; however, despite exome sequencing and a devoted Seattle-based medical team, Charlotte and Cooper remained undiagnosed.  Then, I heard about the Undiagnosed Diseases Network (UDN).

One of the silver linings of having two kids likely affected by the same unknown genetic variant is that your family is quite interesting to clinicians and researchers—it’s probably one of the primary reasons we were accepted into the UDN in 2015, when Cooper was five and Charlotte was ten. We were thrilled that someone was willing to take a deep dive into our case. 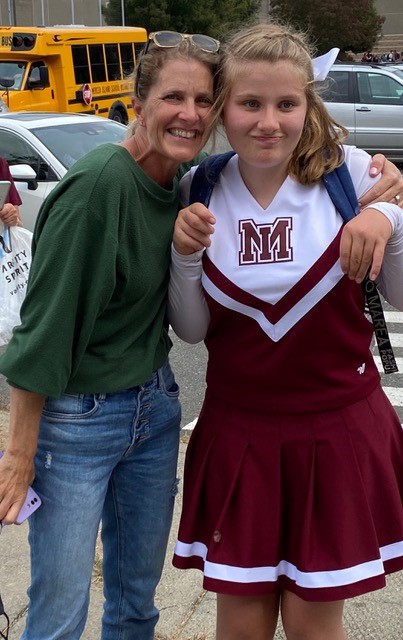 Yet, even as it appeared that our case might be “solvable,” it proved instead to be quite challenging to our expanded team.  Finally, in 2019 after four years and multiple rounds of whole genome sequencing, the UDN found large deletions on both copies of both kids’ FAM177A1 gene.

Very little was known about this gene, but 4 siblings with overlapping symptoms to Charlotte and Cooper’s, and variants on this gene, were found in a research paper: we knew we were onto something!

In the hopes of finding more patients and generating interest in our gene, we made a short film about our journey which can be viewed on our website

Today, through gene-matching databases, we know of a handful of other cases with similar clinical presentations and loss of function (LOF) variants on FAM177A1.   We have yet to personally connect with other “Fam” families, but this is something we desperately want to happen.  We know that there are more patients out there and hope to find them soon, now that this variant has been identified and because papers about FAM177A1 are scheduled to be published in the next few months.

A knockout zebrafish model for FAM177A1 is currently being studied at the Model Organisms Screening Center at Washington University and at the Metabolomics Core at Mayo Clinic, and the FAM177A1 protein is being studied by Dr. Pietro De Camilli’s lab at Yale.

What we know about Charlotte and Copper’s disease causing variant, FAM177A1, so far is this:

After a 16-year diagnostic quest, we finally have a diagnosis, and information about this previously understudied gene is accumulating at a relatively rapid pace.  Our team of clinicians and researchers think that a treatment is within reach.  We are determined and are urgently seeking more information as Charlotte’s motor function is now in decline and Cooper’s seizures are worsening.

Cooper having a seizure.

Building knowledge and awareness of FAM177A1

We have just recently started the FAM177A1 Research Fund, “CureFAM” and are raising money to fund research and develop therapies to increase the quality of life of Charlotte and Cooper and others like them. We are fully committed to making an impact on this ultra-rare and neglected disorder.

After 16 years of idling without a diagnosis, we are quickly gaining momentum. We have a devoted and talented Scientific Advisory Board (SAB) guiding us on our road to treatment. We are honored to have Charlie Steward, PhD, Congenica’s Patient Advocacy and Engagement Lead, on our Scientific Advisory Board. He is a tremendous asset to our team, both as an experienced genetic scientist and as a fellow parent to two children with a rare disease.

We still don’t know why Charlotte and Cooper, our sweet, rare zebras, are struggling so much. We have no road map, no treatment. But we are learning more every day and a treatment or cure is possible! This is an incredibly exciting time for genetics and precision medicine. We can do this! We will never give up.

I have a dream that someday, soon, my family will cruise on a sturdy ship, with a good map and strong sails that have been precisely made for FAM177A1.

For most of us, the journey to a genomic diagnosis, from initial consultation to delivery of the test results, is a black box. Samples enter through one side and out the other side an answer (hopefully) emerges. Through a series of short video conversations, Congenica follows the journey of a patient and their parent, exploring every stage of the diagnostic odyssey from first realizing that something was wrong.