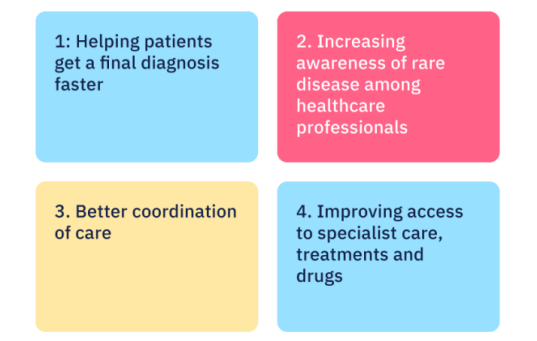 The plan contains a total of 14 actions under each of the four priority areas identified in the UK Rare Diseases Framework and describes expected outcomes and accountabilities. Funding for all actions has been committed, including support for Genomic England’s “Generation Genome” initiative. Plans are plans expected from Scotland, Wales, and Northern Ireland later this year.

Andrea Haworth, Lead Clinical Scientist, Rare Disease at Congenica, has reviewed the action plan in detail and with contributions from Alastair Kent, Chair of Patient Advocacy and Engagement at Congenica, sets the scene in this commentary piece.