In recognition of Pitt-Hopkins Awareness Day, 18 September, we welcome Sue Routledge as guest blogger. Sue is mother to boys including Christopher, who has Pitt-Hopkins syndrome, as well as Chair / Co-founder of Pitt Hopkins UK.

We received Christopher’s diagnosis of Pitt-Hopkins syndrome (PTHS) in October 2007, just  weeks before his sixteenth birthday.

We had known Christopher had hypoplasia of the corpus callosum from an MRI at 34 months old, but we had no diagnosis for almost 16 years.

Years of worry and not knowing

Christopher was born by elective caesarean on November 8th, 1991 as, like his older and younger brothers, he was breech. Every midwife in the hospital visited him to admire his beautiful silver-grey hair. He weighed 3175g (7lb) and although he often fell asleep when nursing, he regained his birth weight by 7-days old. He was a very efficient nurser. I have always said that if he had failed to thrive our concerns about his delay in reaching developmental milestones may have been taken more seriously.

The first year was spent worrying about Christopher’s slow development. He did not smile till 12 weeks, did not roll, reach out, or cry when he woke up. At a year he had to be supported with both arms as he had no trunk control. Nonetheless, when we took him for his developmental checks, doctors, both in the UK and in Germany where we were living, told us there was no problem. At 10 months we were informed by a paediatrician in the UK that we had two fine healthy sons and to stop worrying. I was labelled an over-anxious mother and Christopher a heavy, lazy baby. Sadly, I later heard this was a common description of mothers whose worries were not being acknowledged. Two months later at the Kinderzentrum in Munich, to where we referred him ourselves, we were told Christopher may never walk or talk, that we would have to wait and see. He was described as having central hypotonia and psycho-motor delay. 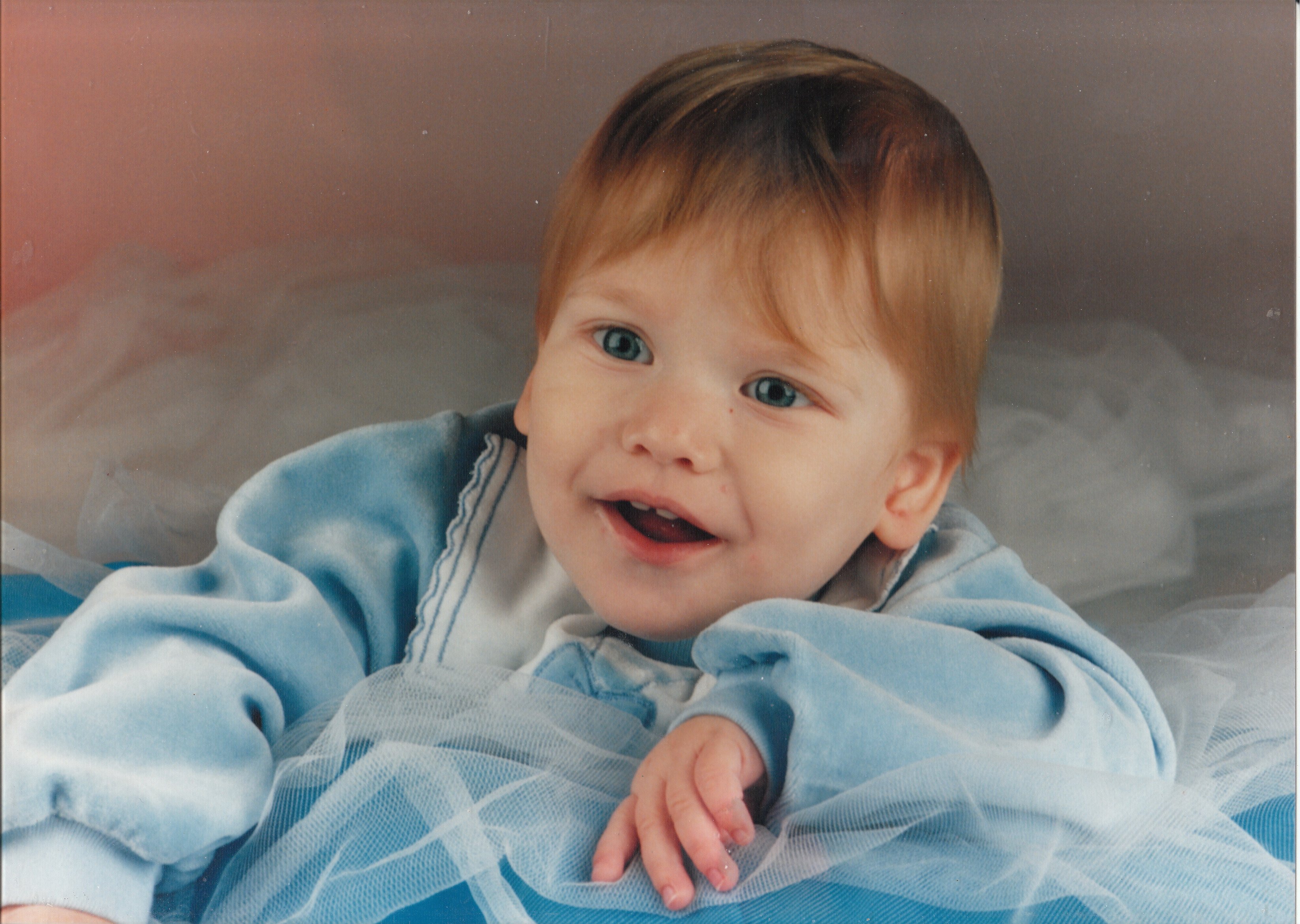 We did intensive home therapy: Christopher learnt to roll at 16 months, to balance sit at 2, get to sitting at 2 1⁄2. He learnt to crawl when he was 4 years 9 months and did this for a few years until learning to bottom shuffle. He walked at 9 years. Christopher can get to standing from sitting on a chair and can pull to standing very confidently but it has taken years of practice. He has been climbing stairs quite confidently for about 10 years now but doesn’t like descending them.

Christopher is nonverbal but he has been known to say words. Once at school in the UK, aged almost 10, he repeated different words that were said to him. Two days later he answered a question but other than an odd couple of times when we and others have heard him say banana (his favourite food) he has remained nonverbal. He can be very vocal sometimes and it is lovely to hear his voice. He is a very friendly young man and will seek out other people. He greets people he knows when they are near him with a broad smile and if they are very special with a nose rub.

In October 2007, I was on the first day of a two-week course in the UK and turned on my phone in the first break. Hours earlier my husband Brian had had a phone call from the geneticist in Leiden. He had tried to call but found my phone turned off. This is how it came about that after 15 years of a diagnostic odyssey I received Christopher’s diagnosis by text! We hadn’t even known Christopher had been entered into a research project. Brian immediately started a search for information but the 1978 paper by Drs Pitt and Hopkins, which he was able to order, was quite bleak. I am actually relieved we didn’t know he was being tested for Pitt-Hopkins syndrome as we would have spent weeks worrying if that paper had been the only information we had.

My first thought was to call Contact A Family, as Contact was known then. As I was on an intensive course, I couldn’t do that until the Friday when we had a half day. I was hoping they could tell me of a support group and tell me more about Pitt-Hopkins syndrome. I knew from years of co-leading, first a miscarriage support group and later a breastfeeding support group that a support group would be a place to get answers and meet other parents. The lady I spoke to said they knew Pitt-Hopkins syndrome existed as it was on their list but there was no support
group. It didn’t occur to me at the time that the reason for this was there were so few diagnosed. The lady suggested maybe I start a support group, but after searching for years for someone who seemed similar to Christopher I didn’t know where to start looking!

Back in the Netherlands I followed the advice of Contact A Family and wrote a post for Making Contact, a service of Contact A Family and one for Inspire, a board on the NORD site, explaining my son had just been diagnosed with Pitt-Hopkins syndrome and I was looking for other families. A few days later I heard from a mother in the States whose baby daughter had just been diagnosed. We wrote a few messages to each other and talked about setting up a support group when there were more of us. That month we had our first appointment with the geneticist since the phone call with the diagnosis. Some other tests were organised. Another geneticist came in and explained Christopher was one of 16 diagnosed at the same time through the research project. We misheard her though and for a few years thought he was one of 60!

Christopher had been chosen for the research project as he had been tested and/or given a clinical diagnosis of Angelman syndrome four times in four different countries. We asked our geneticist if she could give our details to any other family she met with Pitt-Hopkins syndrome. A few weeks later we heard from another family. They lived just three miles away from us in the next village. We were all so surprised that there were so few affected families, yet we moved from the UK to the Netherlands so close to another family! Their daughter was 21 and could speak quite well in about four-word sentences. The next time we went to the geneticists they had set up a meeting for us with another new family. They lived a little further away, about 10 miles.

The three families arranged a meeting. It was the first time three people with Pitt-Hopkins syndrome had ever met. We talked about starting a charity in the Netherlands which happened in 2009. A few months after my message had been seen on Inspire in the States, I heard from another two mothers. Both had just got a diagnosis for their sons. One was also very keen to start a support group.

Around this time a Facebook group, that was started so we could share photos, became more popular and then it got a lot more difficult to work out the number of families as many but not all were on both groups. 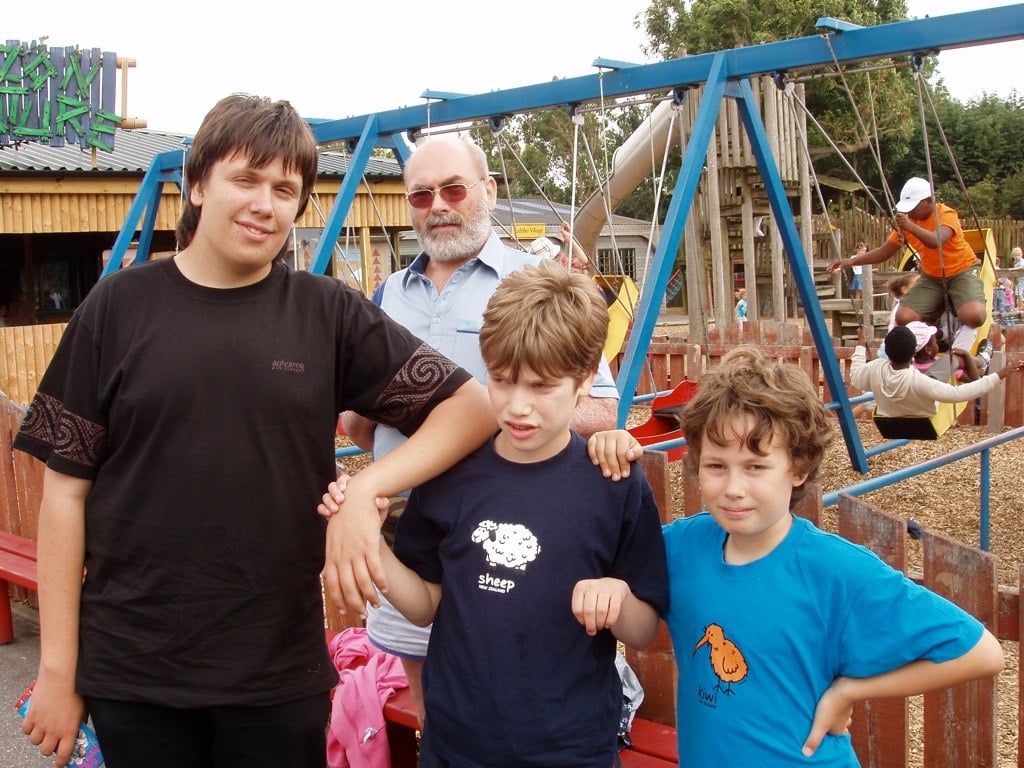 With the arrival of WES and now WGS a geneticist does not have to suspect Pitt-Hopkins syndrome to arrive at a diagnosis. This means that the first time they might hear of Pitt-Hopkins syndrome is when they see the results. In the UK some children have been diagnosed via the DDD and 100, 000 genome projects. Often, they have had a letter first with the results sometimes months before they can see the geneticist.

They have contacted Pitt Hopkins UK and known more about PTHS than the doctor at the appointment! If a geneticist has seen one child with Pitt-Hopkins syndrome I have been told they will easily recognise it in another. There is a panel of tests that can be ordered rather than going for next generation sequencing.

In May 2016, Pitt Hopkins UK became a registered charity. For a long time, we had delayed starting the procedure as there were so few families around the world. The Stichting in the Netherlands was the first, then the Research Foundation in the States followed by the Italian organisation. Groups had developed in France, Germany and Sweden and Brazil. The Swedish group is also a registered organisation. Recently Israel have become an official organisation.

The first families had met together in the UK in 2008. There were four families then and 13 years later we know of at least 120 families in the UK and Ireland. It is thought there may be approximately 300 families in the UK. The prevalence is thought to be about 1 in 225, 000 to 1 in 300, 000. There are many still undiagnosed and misdiagnosed, but a few years ago it was estimated there were a few thousand now diagnosed around the world. 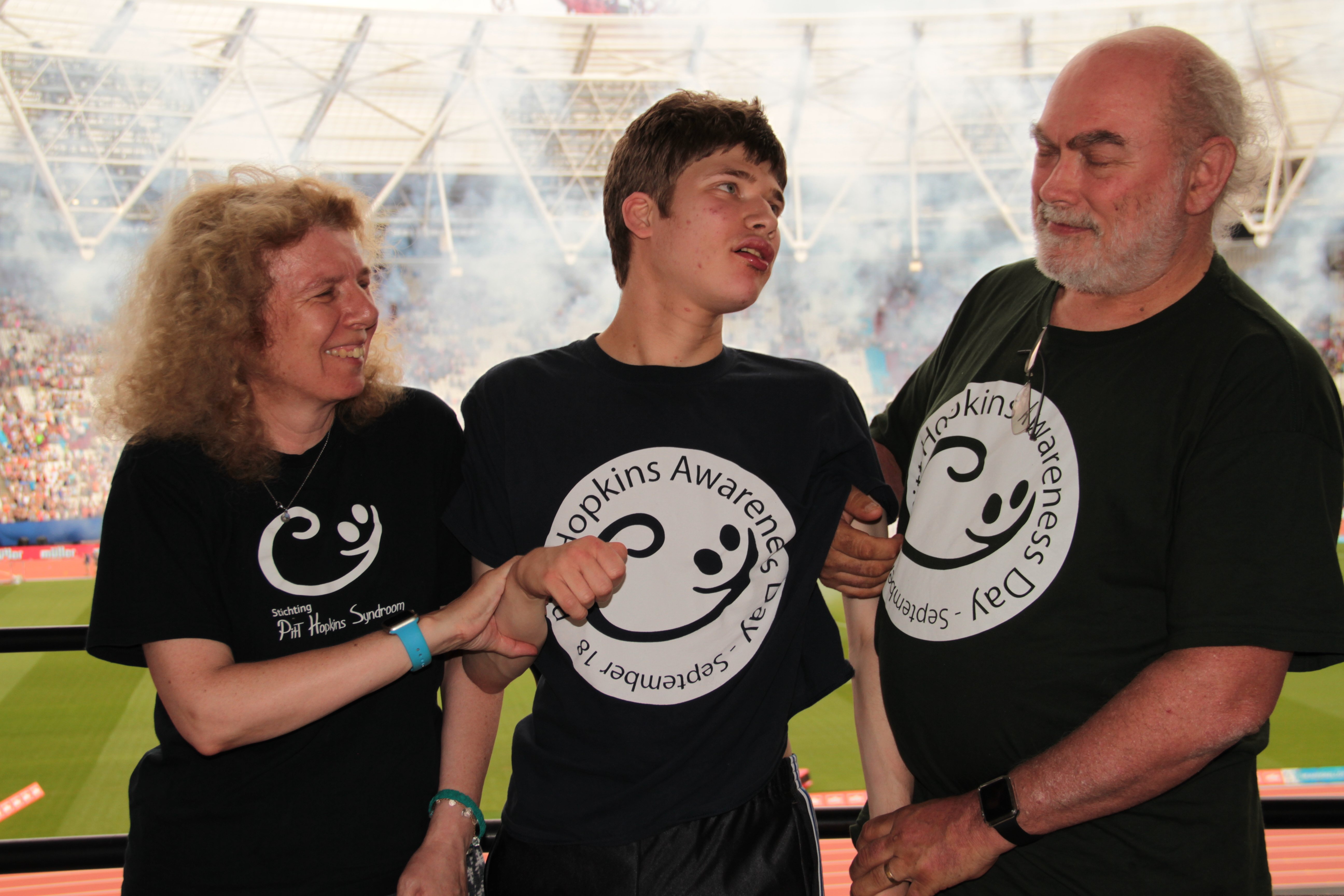 Our goal as a charity is to raise awareness among health professionals to be able to identify someone with Pitt-Hopkins syndrome as well as to find parents of children with PTHS via our social media. Pitt Hopkins UK wants to support and advocate for parents while delivering the latest information to families and encourage much-needed research into the breathing anomalies and the dysfunctional autonomic system which interfere with the quality of life of those with Pitt-Hopkins syndrome.

For more information about Pitt Hopkins UK, visit the website.